Tonka beans are 5 to 7-centimeter-long, light to dark brown seeds, obtained one by one from the inside of fruits of the magnificent tonka tree Dipterix odorata. Its sweet scent, quite similar to vanilla, made tonka a great replacer of it in the recent past. Nowadays, the seed extract is mainly used in fragrance compositions.

Dipterix odorata is a tropical tree from the Fabaceae family that grows nearly 30 meters high. Native to the Amazon region and present throughout northern South America, the name Dipterix, which means “two wings” in Latin, refers to the shape of its flowers. Purple-pink, they give way to fleshy fruits containing a single seed – the Tonka bean, also called cumaru in Brazil or sarrapia in Venezuela. The blossom happens between December and April and the ripening of the fruits happens mainly between May and September. 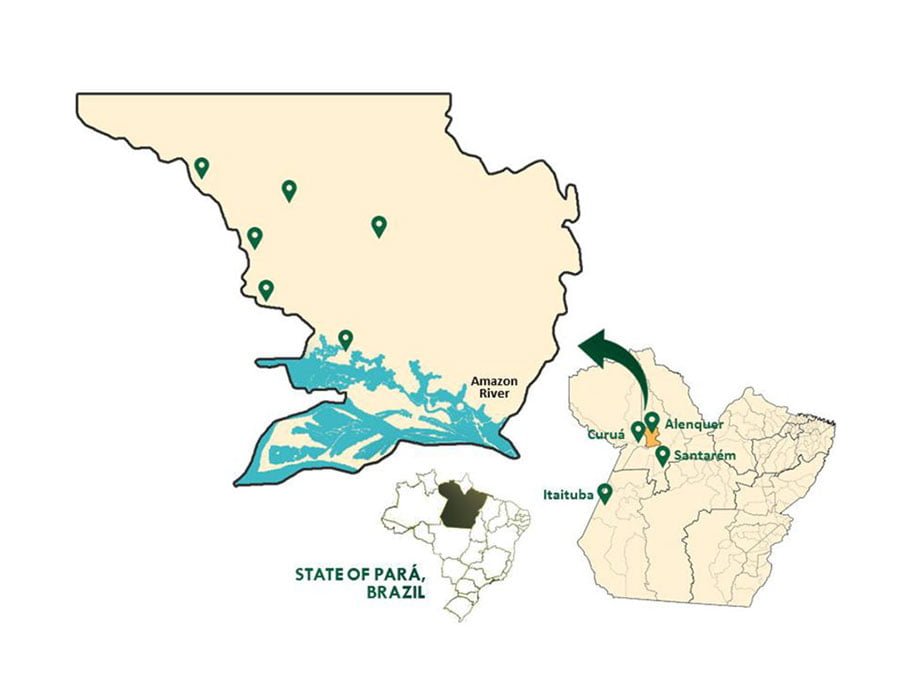 Tonka Beans: Native to the Amazon region and present throughout northern South America

Although the species is well distributed throughout the Amazon basin, the harvest takes place mainly in a small region in the north margin of the Amazon River, between the rivers Trombetas and Paru, in Brazil. This area is part of a macro region called Calha Norte and its basically an agricultural area besides its mineral richness. Basically, 80% to 90% of the production comes from harvesting in natural forest, but part of it comes from cultivated areas. The bat is the main responsible for the seed dispersion, promoting the proliferation of the species. When the fruits start ripening, the animal carries them to other places, indicating to collectors that they are available for picking. Only the naturally fallen fruits or the ones dropped by the bats are collected from the ground under adult trees.

The wild harvest of natural ingredients such as tonka means an important source of income for families living in the Amazon basin. One estimates that some 30% of the local population is somehow involved in the supply chain. For tonka harvested for Kaapi alone this is something near 15,000 people increasing their income, distributed in 30 villages in the Calha Norte area, especially in isolated and remote areas of the Brazilian Amazon. 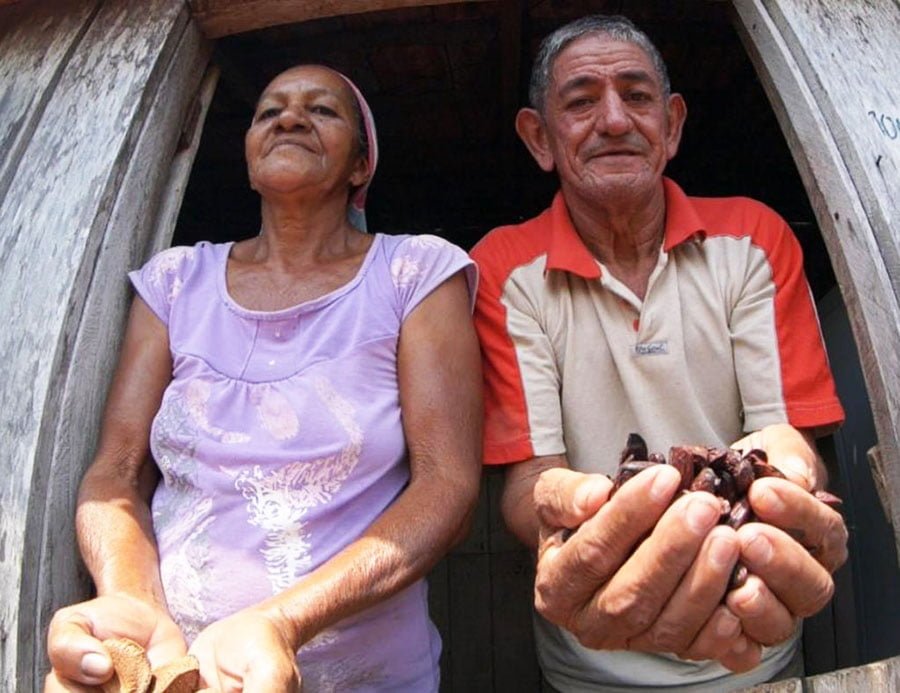 Tereza and Divaldo, tonka beans gatherers in Pará. Basically, 80% to 90% of the production comes from harvesting in natural forest.

These people do more than going after an extra income: above all, they promote the environment preservation. The wild harvest is an activity totally dependent on the maintenance of the forest. The Amazon is the biggest tropical forest and the most diverse ecosystem in the world. It’s a land of countless beauties and innumerable challenges. Its colonization took place mainly during the Amazon Rubber Boom and the search for wealth took men from all over Brazil to the most remote and isolate corners of the forest. The end of the rubber cycle in the Amazon resulted in people living inaccessible areas with very little or no growth opportunities for anyone. The extractivism of tonka beans as well as copaiba, Brazil nut among others are sources of income that, oppositely to wood logging and agriculture, promotes the rainforest preservation.

Tonka beans are nowadays widely used in the perfumery, cosmetics and tobacco industries, but their therapeutic properties have been known for a long time by Brazilian natives. 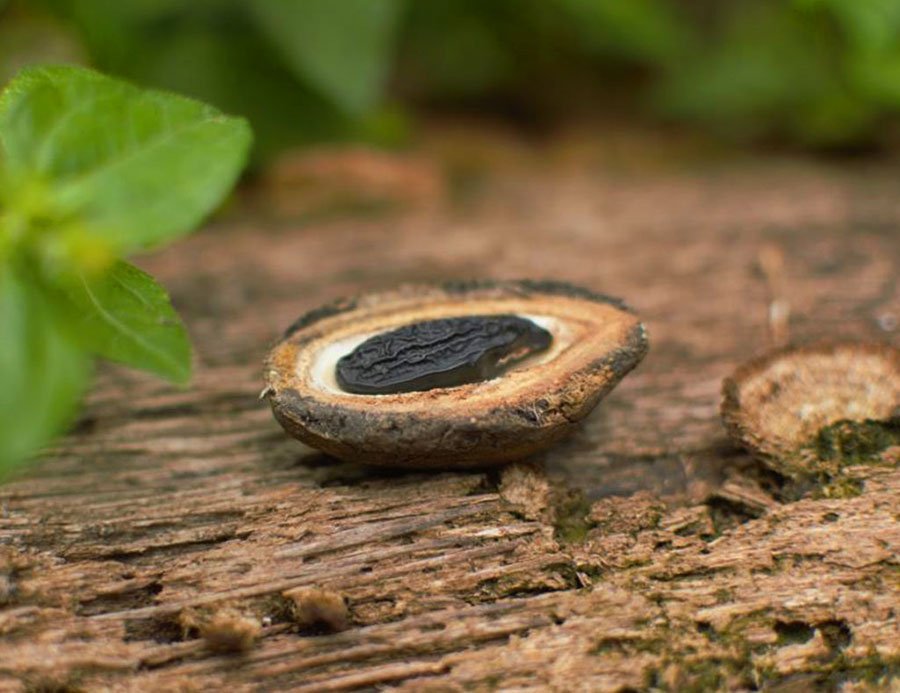 Benefits and uses of Tonka

The coumarin present in the Tonka Beans has clinical value because it is a precursor to anticoagulant drugs, such as warfarin. But its therapeutic use is carried out through the decoction of the seed, to treat colds, as well as its tincture, to cure snakebites and bruises. In addition, seed oil is used to relieve stomachaches and to treat mouth sores. Its medicinal application ranges from teas to curative oils, used to treat different health issues. The properties promote analgesic, anti-inflammatory, bronchodilator and antiasthmatic effects, among other benefits.

Tonka is one of the most common ingredients in perfumery. Pretty similar to vanilla, it has a warm, spicy and sweet scent reminiscent of almond, tobacco and caramel. It has the characteristic of strengthening and enriching the composition, being widely used as a base note. The reference from tobacco made it a popular ingredient in men’s fragrances, also combined with fresh, green notes such as bergamot, vetiver and mint. On the other hand, tonka is an important element in oriental fragrances because of its warm and deep qualities, very commonly present in women’s fragrances.

Besides Tonka’s peculiar scent, the oil is also commonly used for hair health and beauty, helping with hair growth. Mixed in neutral oils, it also prevents dark spots on skin and hands. It’s a versatile oil that can be found in soaps, shampoo, moistures and men-care.

The use of Tonka Beans by the industry promotes an activity that contributes to the preservation of forests, the valuation of a natural ingredient and the social development of the families involved in the production chain. 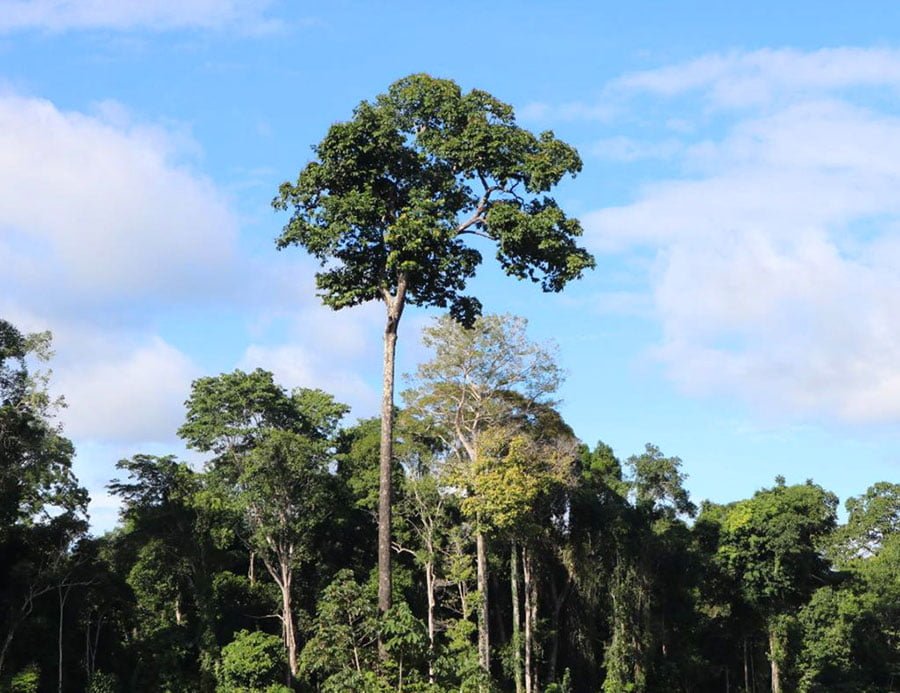 Tonka Beans: Contributes to the preservation of forests