Some Information About Copaiba Balsam

Copaiba: Origin of the name

The origin of the name came from the language Tupi, spoken by the main group of natives living in Brazilian lands before colonization. “Cupa-yba” means “deposit tree” or “natural deposit of ores”, referring to the oleoresin stocked inside the tree. Copaiba oleoresin, or copaiba balsam, has been known for a long time by Brazilian natives for its therapeutic properties. The oil was used over reborn umbilical stumps and the most different sorts of wounds and bruises. The knowledge arises from the observation of wounded animals that rubbed themselves over the copaiba trunk, in an attempt to get some balsam over the wound. People living in communities close to the forest still use the oil as a remedy for different diseases and infections.

Copaiba species are present in the whole Brazilian territory, mainly in the Amazon. They belong to the Leguminosae family, subfamily Caesalpinoideae, and Copaifera genus. According to the Index Kewensis (1996) there are 72 species descripted, upon which 16 of them are exclusively found in Brazil. 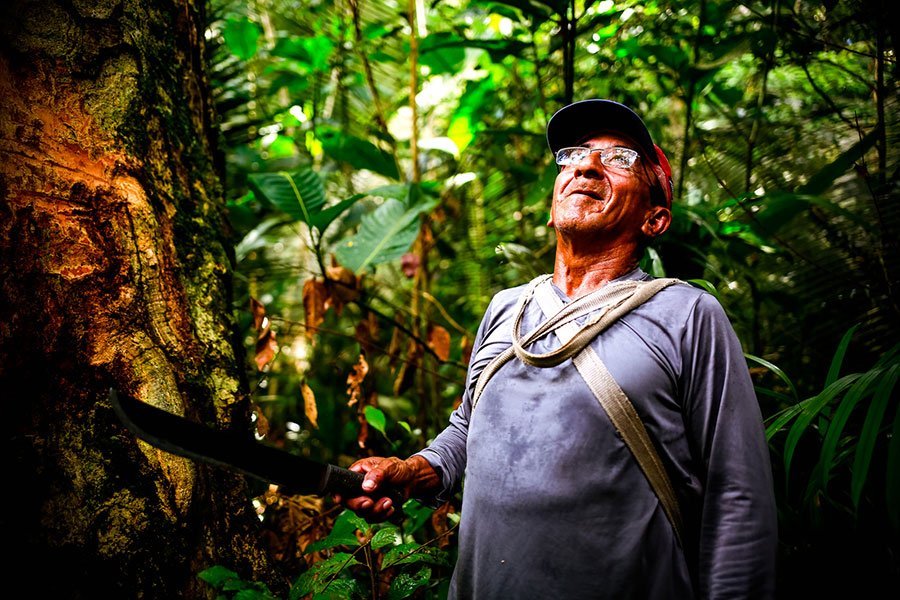 Our Copaiba suppliers are spread all over the Amazon basin, in several villages and communities. They are, most of the time, backed by associations or cooperatives which provide tools and instruction on good harvesting practices, especially on how to collect the balsam properly and nurse the tree thereafter. The extraction of copaiba balsam is a job passed over generations and, sometimes, the main income of hundreds of families living in forestated areas. Kaapi Ingredients reaches around 4.000 families on this process. Encouraging the sustainable extractivism is a very good way of conserving the wilderness and the wild life. 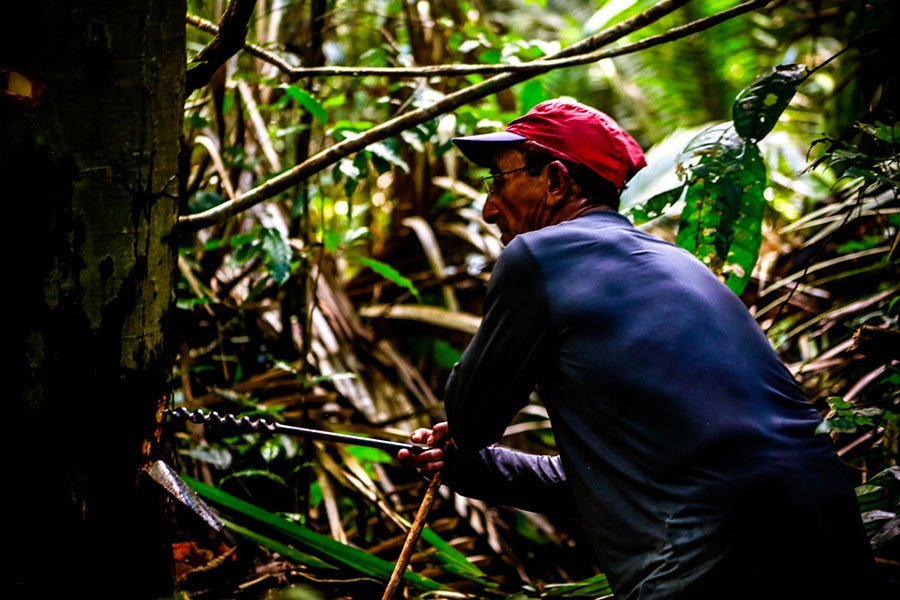 People living from gathering in preserved areas recognize the value of the rainforest and represents resistance against deforestation. The usage of copaiba balsam in its many applications forms promotes an activity that actually contributes to nature conservancy and social development of people living in remote areas. 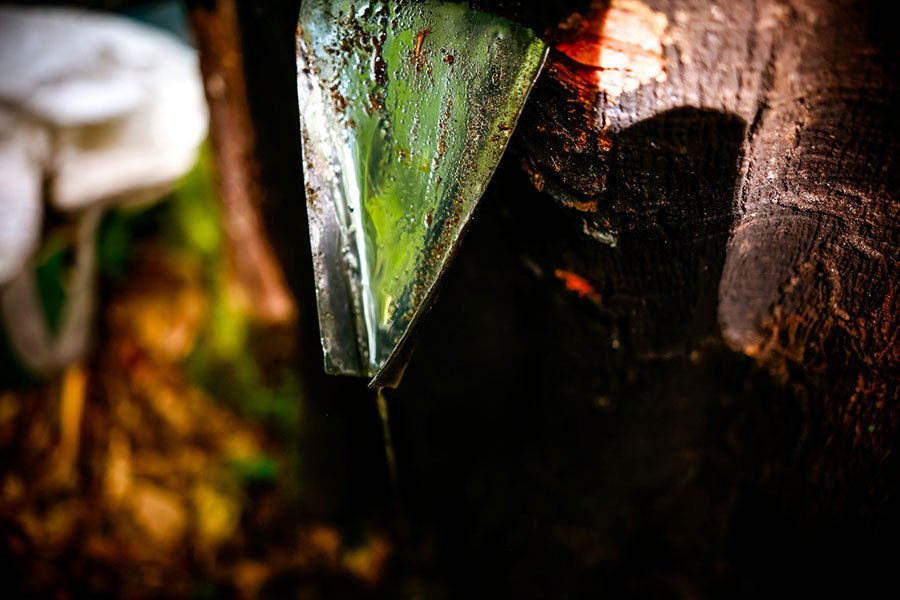 Benefits and uses of Copaiba Oil

Well known for its medicinal properties, the Copaiba oleoresin is used to treat many health conditions of the skin, scalp, digestive and immune systems. The main active component, β-caryophyllene, provides its anti-inflammatory and healing effects. Copaiba balsam and essential oil are used topically for inflammation, pain and wound healing. In air diffusers, its odor helps to soothe anxious fillings, by creating a peaceful and comfortable environment.

Copaiba oil is well worthy in the cosmetic industry. The whole oil, as well as its main component, B-Caryophyllene, have shown anti-inflammatory and healing properties in many scientific articles published worldwide. It can play an active role in products for skin and haircare.

In the perfume industry, copaiba essential oil gives a light woody and smoky sensation to the creations. Since it is a thicker element, the balsam offers structure to the fragrance, praising the background notes. Due to its rustic nature, it is possible to fit it in many product claims related to sustainability, green labels, eco-friendly products and also highly nutritive appeals.

Copaiba balsam has a lot of benefits known by Brazilian natives since the old days. Its proved therapeutic effects allied to a mild and pleasant aroma, made it a valuable essential oil to the most demanding markets worldwide.